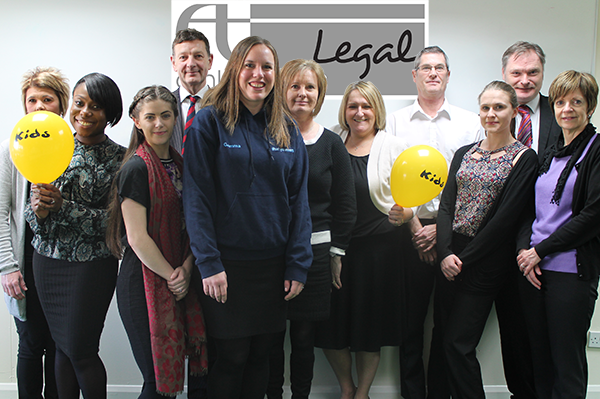 Our solicitor and compliance officer Gemma Hargrave is taking on a marathon challenge this year when she runs two marathons in two weeks for the charity KIDS.

Gemma, together with her husband, Stefan, will be running the London marathon on the 24th April and eight days later will both be joined by her sister, Hannah, to run the Milton Keynes marathon on 2nd May.

Together they have joined forces with the team name #harrysrunners to run for KIDS, a charity who have supported Gemma’s younger brother Harry and her parents for over eight years now. Harry was born very early and has multiple medical problems as well as learning difficulties, but KIDS help Harry to lead the life that any other 16 year old would. They provide a whole variety of support to disabled children and young people, but in Harry’s case he attends KIDS afterschool clubs, holiday schemes and a fantastic youth club.

Gemma and her team are aiming to raise £2,000 for KIDS. If you would like to know more, or to sponsor her visit; www.justgiving.com/Harrysrunners or email ghargrave@ashleytaylors.co.uk

Go back to Latest News